X
Back to the top
X

Be the first to hear about tour updates, special events, and the other goodies.

The New Voice of New York
Posted On October 2, 2019In Uncategorized

The New Voice of New York

Written by A Star-Revue Contributor on October 1, 2019

Like in Spinal Tap, when Prima Jr and the Witnesses take the stage, their set starts at volume eleven. Not ten. Eleven. From the first note, they erupt on the stage, bucking and kicking, stomping and romping. Never missing a single note. They are smack on.

…the whole band is singing harmonies. And the whole band is stomping on one foot now, as if trying to tilt the stage. I imagine that even the street outside The Cutting Room is on a slant, parked cars rolling down the street. I hold on tight to my beer, so it won’t slide off the table.

The band’s intoxicating energy is infectious. The audience is no longer just passively watching. They are part of the show.

It’s literally pandemonium. Now fully lathered up, Prima Jr returns to the mic, singing a few of Sr’s old hits like “Just a Gigolo” and “Buona Sera”; the audience is now totally wild, singing along with every lyric, punching their fists with every stomp and stop. I see two guys in the audience fall to the ground while dancing drunkenly. This scene has become an orgiastic Mardi Gras.

(Read the full article at Star-Review.com)

Mike Fiorito’s most recent book, Call Me Guido, was published in 2019 by Ovunque Siamo Press. Call Me Guido explores three generations of an Italian American family through the lens of the Italian song tradition. Mike’s short story collections, Hallucinating Huxley and Freud’s Haberdashery Habit, were published by Alien Buddha Press. He is currently an Associate Editor for Mad Swirl Magazine. 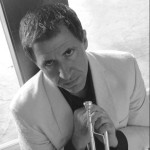 One Reply to “Star Review – LPJ Live at the Cutting Room”

You guys were absolutely terrific ( that’s an understatement) at Woodstock. Amazing, amazing band! Your dad would have been (and maybe he is up there in musical heaven) so proud of you. Thanks for the joy and energy you bring.